Your browser does not support the Unity Web Player. Want to save the game for later? Add it to a collection.

Where will the little light lead? It does not matter, you are without a goal.

So much time. Lost. Lost in the abyssal depths of endless pondering. Whisper is a short micro-game of a project, but it felt satisfying nonetheless to get the concept out of my mind and rid myself of the burden of contemplating its eventual completion. That is not to say I did not enjoy the creative process, for I did, very much so and I also enjoy moving on. The creation of this game and the feelings I have for it are as transient as thought itself.

A spiritual successor to Whisp, it uses many of the same the same assets, though altered and with new behaviour. My hope is that the ambience of Whisper is unique when compared to its predecessor, for Whisp had more of a clearly defined story and goal. Whisper does not.

I originally wanted Whisp to be set in a denser, more maze-like forest, in Whisper I did just that. The little light which leads you around was inspired by tales of will-o'-the-wisp, mysterious lights in bogs that would lead people to their doom. The sounds which the little light makes are 2D, so it is like they are whispered just to you, even when out of sight. The environment itself is based on a ruined church and graveyard in the middle of a woods which is largely considered haunted by locals near where I grew up. The place does not hold a great deal of significance for me, but one day while out walking in that area, I simply decided I should like to use the location in a game.

The game itself revolves around not knowing where you are, why, or how to leave. It is exploratory and its structure labyrinthine. Indeed, without the little lights, players soon become lost, the lights are their only guide. I intended to have multiple lights, but decided that would be confusing and unnecessary. One can lose themselves in the forest as easily as one may become lost in thought or as easily as time is lost in a state of flow. The lights are like an intrusion from the outside world, drawing you back to reality, whether you welcome the distraction or not.

The notes are snippets of thought concerning the reality you find yourself in and your own place within it. The reality the notes speak of, could refer to the game itself, your own mind lost in thought much like you are lost among the almost identical trees of the forest or your own sense of identity and belonging within the larger outside world. Whatever your interpretation, they are all equally valid, for I do not wish to spoil the unique personal experience of interpretation by sharing my exact thoughts when I wrote them. For most of them, I started by writing a haiku, then elaborated.

What is important is that because all experiences take place within the mind, it does not matter if that experience is digital, physical or just a thought. It happened. 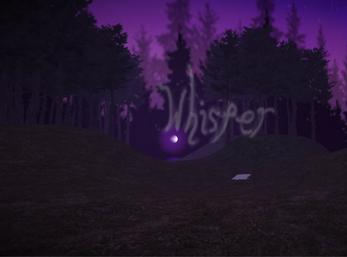 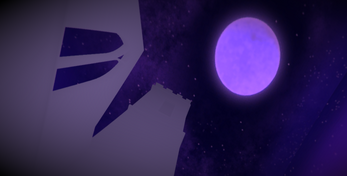